Craig David Singer is a physician and author living in Fort Lauderdale. A graduate of the University of Florida, Dr. Singer is a passionate sports fan, an incurable computer geek, and an avid traveler. He and his husband have set foot on all seven continents in search of the perfect martini. You can find his travel blog here: Blogativity.

His first novel, More Than Bones, was released in 2019. 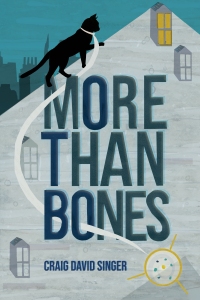 Synopsis of More Than Bones:

Dr. Emily Norton believes the practice of medicine is all about science and hard work. There’s no room in her world for supernatural nonsense. But Emily’s carefully orchestrated life—from her fiancé and friends to her new surgical residency—is about to be turned upside-down by a mysterious amulet that seems wickedly capable of exactly such nonsense.

Longer description of More Than Bones:

Dr. Emily Norton is a recent med school grad starting her surgical residency at a renowned hospital in Baltimore. She’s dedicated her life to science and reason—so when she receives a supposedly magical amulet from an eccentric neighbor, she ignores the old man’s warning.

Almost immediately, Emily’s well-planned world begins to unravel. At first, the problems are minor, like finding herself in trouble with the hospital administration on her first day at work. But soon Emily is dealing with much bigger issues, from losing her job and fiancé to being framed for a patient’s suicide.

As Emily struggles to comprehend the amulet’s strange effects, she also faces a dilemma about coincidence and fate: none of these disasters could have been caused by a mere amulet, right? Because everyone knows: there’s no such thing as magic.

Desperate and confused, Emily will need to use every bit of her reason, love and faith to confront and conquer the cursed amulet—even if it means forsaking everything she’s ever believed.

At turns darkly suspenseful and playfully lighthearted, More Than Bones chronicles Emily’s mystical journey with humor, empathy, and more than a few surprises.

🏆 More Than Bones is a 2019 Foreword Indies Book of the Year Finalist! 🏆

🏆 More Than Bones is a 2019 National Indie Excellence Awards Finalist! 🏆

📡 🎉🔌 For media, review & publicity inquiries about More Than Bones or Craig David Singer,  please use our contact form.

Craig David Singer’s compassionate, haunting new novel “More than Bones” starts out by exploring strong, unique characters and a mysterious premise that takes you in surprising directions. … The mysteries and complexities of life flow through these pages like wind, animating and filling whatever they find. Reasons I enjoyed this book: Haunting, Witty, Wonderful Characters … END_OF_DOCUMENT_TOKEN_TO_BE_REPLACED

― Brian K. Friesen, Author of At the Waterline

The characters are quirky and lovable, and the scenes are hilarious and touching, sometimes at the same time. … While the story is totally entertaining, Singer also addresses a lot of important themes—coming to terms with homosexuality, finding one’s own unique brand of spirituality, coming of age, and so much more. A delightful hidden gem. … END_OF_DOCUMENT_TOKEN_TO_BE_REPLACED

It’s perfectly paced and perfectly written. It is truly an unforgettable story that will surprise you and leave you craving for more from this author. —Diana Laura, Bookish Sisters (link to the full review)

“The characters in More Than Bones are hilarious, quirky, humorous, hateful, vibrant and I loved them all – even Norton’s mother! Singer does an amazing job creating people that I feel like I have known my entire life.” – Mackey, Goodreads

Your past is somewhat always entangled with your future. Live for now but know actions have consequences. I loved this story and the characters. -Stephanie R., NetGalley 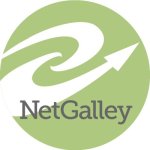 Featuring more plot twists and turns than a Coney Island roller coaster, “More Than Bones” is an inherently riveting read that showcases author Craig David Singer’s genuine flair as a novelist for originality and narrative driven storytelling. An expertly crafted and non-stop entertaining novel from cover to cover, “More Than Bones” is an especially and … END_OF_DOCUMENT_TOKEN_TO_BE_REPLACED

This is perfect for those needing an uplifting read (with a caveat that there are some heavy parts of the book in the middle), and it’s a particularly good holiday read (ending as it does with a lovely Christmas). -Jennifer Brown, USA Today Bestselling Author of Modern Girls

More Than Bones on Kindle

More Than Bones is a novel with a dash of suspense and a bit of whimsy (an early plot point involves a mysterious cat named Helga). It can also be considered literary fiction, contemporary fiction, or general fiction. It has features of medical fiction and LGBTQ fiction too.

Q & A with Craig David Singer

Craig, what inspired you to write More Than Bones?
Early in my medical career, I knew I had to get “used to” witnessing, and often being involved in, the difficulties and tragedies of other people’s lives. Along the way, I also experienced some personal difficulties of my own. The negative emotions weighed on me, but I’m a resilient person. One of the ways I tried to create more positive energy in my life was to write a novel about a young doctor facing similar circumstances: working through personal problems while still helping patients face their challenges. Fortunately, the novel quickly took some highly fictional turns (hopefully for the better).

What authors do you draw inspiration from?
For me, there isn’t one particular author I think about this way. I do often enjoy unconventional narrative styles and tales that engage my brain as well as my heart. Kurt Vonnegut and Donna Tartt come to mind, just to name a couple.

What book character would you imagine being friends with?
I don’t think about fictional characters this way. Is that weird for an author to say? Probably it is. Getting back to real but dead people, I have a feeling I would get along great with Carrie Fisher. I saw her in Baltimore a few years ago, performing her one-woman show “Wishful Drinking.” Anybody with her combination of hilarious sarcasm and genuine compassion has to be an awesome human being. I highly recommend her books – also not fiction, but so entertaining. Thank God we had Carrie on this earth. Just not long enough.